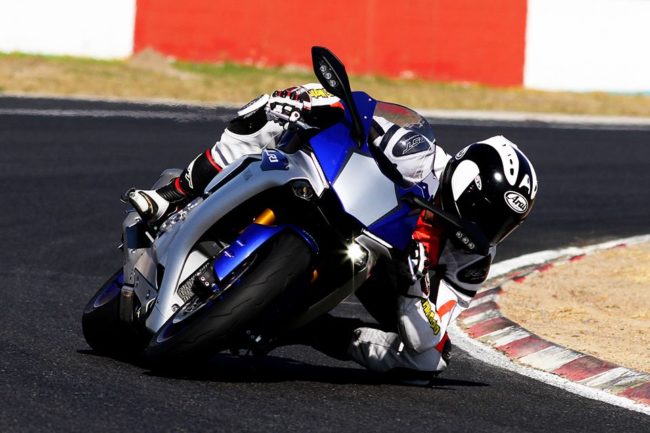 The South African rider will compete in the RFMECEV with the Yamaha R1.

David McFadden joins Madrid’s structure to compete in the Stock 1000 category at RFMECEV with the Yamaha R1.

David started racing Moto-Cross in 1995 at the age of 5, and has been racing competitively every year since, he has progressed well through the junior classes to senior level, racing in Club, Regional, National and International events.

The 28 years old´s rider has a lot of experience in the superstock 1000 category, after been riding in the FIM Superstock 1000 Cup, finishing in 5th place in 2014. In 2015 David competed in the British Superbike Championship and this past years started to race at RFMECEV, knowing all the tracks in Spain.

After complete this year the first two races of the season, in Albacete and Barcelona, McFadden will come back in action to the Spanish Roadracing Championship alongside Yamaha Stratos. Stock 1000 is one of the categories more demanding and with more level of the championship, where South African rider, Team Stratos and Dunlop  will try to work hard to get successful results.

The first race for McFadden and Stratos Yamaha Team will be held July 14th and 15th at Motorland Aragon, being double race for the queen category of the championship.

David McFadden: «I am really excited to join Team Yamaha Stratos for the remainder of 2018 RFME CEV Spanish Stock 1000 Championship on board the Yamaha R1. Staring from Motorland Aragon, coming in to Aragon I have a great feeling it will be a good race weekend, having raced the Aragon track a few times in European superstock championship I can focus on working with the team and getting the best bike set-up for the race and the rest of the season, I am looking forward to racing a Yamaha having seen all the success since the launch of the R1 all around the world. Having raced against Yamaha Stratos I know how good the bike is and what a professional Team Stratos is».

Manuel Alonso (Team Manager Yamaha Stratos): » I take this opportunity, on behalf of the entire staff of Yamaha Stratos to publicly welcome David to our team. McFadden combines something that not everyone has: a vast experience for his age in superstock 1000 and an ambition that will give him great projection. We have been watching the progression of McFadden in the CEV and we are convinced that together with Yamaha and Dunlop, we will be able to work well in order that his talent as a rider can be reflected more in the results. We are looking forward to start working with him and enjoy every race».