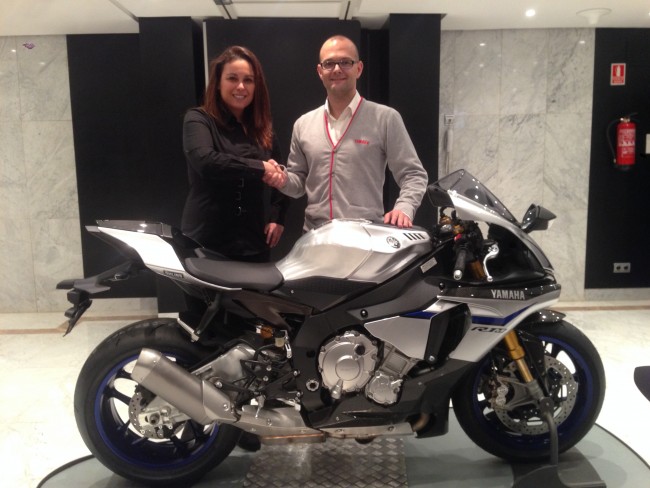 Yamaha Motor Europe, in hand with Yamaha Spain and Team Stratos, commited to return to competition at the highest continental level.

The Japanese brand retakes with the new R1M its return to Spain in the new FIM CEV European Superbike Championship , and together with Team Stratos aims to fight for the highest price.  With a very competitive new R1M , that has revolutionized the market and the world of production racing even before its release.

The official rider of the new structure Stratos Yamaha Superbike will be announced in the coming days, which will have their first contact with the bike in pre-season testing in Jerez.

The Madrid team will soon announce its complete structure in Superbike with a possible second rider defending the colors of Stratos Yamaha in 2015, with one of the best technical staff  in the sport and the technical direction:  Ricard Jove, Manuel Alonso, Ricardo Fernandez and Carlos Morante.

Maria Alonso (Team Stratos): «It is an honor to have the support of Yamaha to fight for the tittle in the new FIM CEV  European Superbike Championship with the new R1M. We have an exceptional technical team with great experience and we are sure that we can get the most out of the bike with a great rider to be announced next week. We are very excited about this new project that we will face with great dedication to achive great results for Yamaha and our sponsors »